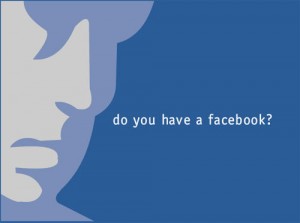 Viacom, the company that owns MTV has confirmed the fact that there was indeed a leakage of information from their system that has resulted in personal information such as Social Security numbers, Birth dates and other employment related data. They confirmed the fact that the said information was taken from an employee workstation which may have been infected by malware that sent the said information to the outside without the management knowing about it. These types of problems are now becoming more common as people go on the web and as this case shows, the workstation in question was said to have entered a social networking site through which may have been the path the malware took. The said information was contained in password protected files and the company has said that it has launched an internal investigation as to why the employee in question may have been able to access the said site from the office workstation.
Information leakage such as this case is now so common that they happen even without anybody knowing about it. Even with installed security and intrusion prevention systems, programs that piggy-back onto legal programs have found and exploited ways to circumvent them exposing themselves to protection systems as legitimate programs. Social networks have been targeted as with the problems with Goggle’s Orkut, Myspace and the many other social networking sites which have fallen to hackers who use them as launch/propagation platforms to unload their payloads of Trojans, key-loggers and many other forms malicious code.
The Web transforming into the social network may be the best thing that has happened to many but it remains to be a thorn in IT Security People from all over. Many have fallen victim to such instances that have resulted in credit card fraud and full-blown identity theft cases which are a real-world issue everybody has take notice of. The threat is real and we must all make it a point to do our best. Install the proper intrusion prevention systems and establish systems usage security protocol which will minimize exposure to such threats which are sure to invade more of our daily lives as we go on living a second life in the internet of today, the Social net.