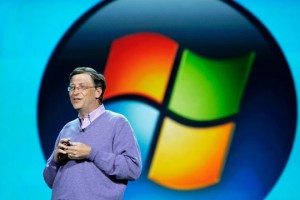 If there is one thing that a lot of people do but deny doing so, it is buying fake software. This is actually understandable if you think about it. Licensed software is just so expensive and with the way things are going financially right now, people are always looking for ways to save a dime here and there. And if you buy unlicensed software, you will definitely save more than a dime!

Microsoft has actually issued statements regarding fake security software. Naturally, many will be skeptical about the statements – it is from the largest software company in the world. Of course they will tell you to stay away from fake products, right?

But they do have a very valid point, one which we will all benefit from. Canada.com has a report on this:

Fake computer security software, created by cyber criminals as smokescreens for viruses, is the No. 1 threat to computer security in Canada, software giant Microsoft said Wednesday in its latest biannual security report.

And experts blame hackers for playing on people’s fears of infectious malicious software, such as the Conficker worm.

According to Microsoft’s report, rogue security software, also called scareware, was found in 5.9 million computers, a rise of 66 per cent in the last six months.

What should you do? Make sure you are buying 100% legit software.

“If you see a message pop up (from a website) no matter how dire it is don’t click on it because almost 100 per cent of the time that message is a fake message,” said Mohammad Akif.

“Norton, Symatec, Microsoft — none of these companies sell their software this way.”