For many couples, sharing is key to a successful relationship. And so in today’s digital world, sharing takes the form of many things.

On social networking sites such as Facebook, for instance, quite a number of couples have decided to share an account. They have their own personal reasons for creating such joint account including the desire to be closer to each other and perhaps to tell the world how in love they are with one another. 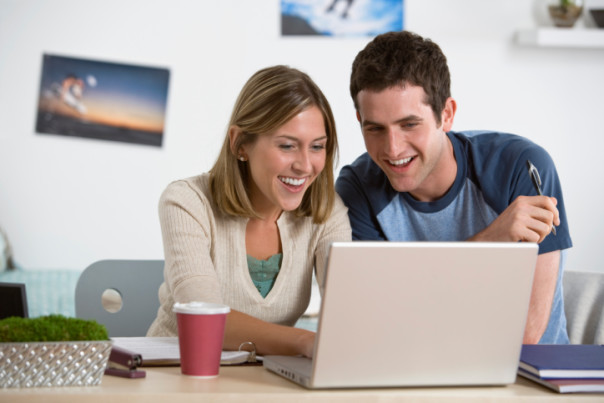 One would know right away if a couple values their relationship through their Facebook profile. The profile picture would show the pair in a happy moment and most of the images they share show them together.

In fact, there’s one study published in 2013 on Social Psychological and Personality science that revealed the high level of happiness and security couples feel about their relationship when they post more about their bond on Facebook.

In another study this time by Pew Research Center, it was noted that adults who have been together for a long time use technology together such as by sharing social media profiles and email addresses as a couple. The researchers added that the age of the individuals was not as important as the duration of their relationship.

The same Pew survey revealed that of the 2,000 American adults covered, 14 percent of couples in a relationship for more than 10 years have a shared social media profile. The frequency of this is the same for the different age groups. This sharing of accounts is seen as the new process of “moving in” which means a couple is heading to a more serious relationship.

The Danger of Oversharing

The experts, however, warn that sharing too much on Facebook and other social media sites can put a love relationship at risk. A study by the University of Kansas showed that oversharing can lead partners to feel less intimate. For this reason, it is recommended that couples ensure they have a balanced independence on social media.

Facebook has also been found to be among the sources of conflict or problems couples face. Distrust is a common issue particularly when one partner suspects the other is hiding something or using social media to make his or her partner jealous such as by tagging photos in the company of other men or women. It is also a fact that some individuals can go to the extent of tweaking privacy settings without informing the other because he or she wants to be invisible online. All these actions eventually results in a feeling of insecurity.

It is also important to note that Facebook has been blamed for the many divorce cases today in the U.S. A divorce lawyer website, Korol and Velen, confirms the findings of new research that excessive use of Facebook can cause conflicts among romantic partners which could lead to cheating and eventually, divorce.

So if you’re considering creating a joint account on Facebook, think many times about your motives and how you’re going to use it. It would be ideal that you maintain your individual account because after all, you can always show that you’re in love there. You just simply tag your partner in your posts, photos and videos and he or she will know about it.