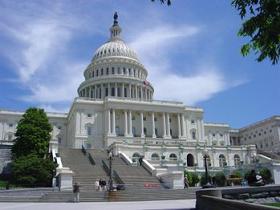 A proposal for the suggested data retention law is already in the works and may now be extended to affect Web hosting sites and domain name registries. Last week US Attorney General Alberto Gonzales urged Senate to pass the data retention law as an aid in combating online child pornography. He also stressed for a need to increase current administrative subpoena powers and tighter money laundering laws to keep track of who is financing child pornography sites.

Such a law is meant to help combat crime and terroristic activity. The proposed law does not require the content of these communications to be preserved, only the logs of e-mail, Internet, phone activity and other identifying information useful for locating a customer. This data can only be accessed by court order similar to cases involving physical searches.

Privacy and industry groups are opposed to the proposal saying existing laws are sufficient for law enforcement. A 1996 federal law requires Internet providers to retain records for up to 90 days at the request of a government entity, while another law requires child pornography sightings to be reported. Civil liberties groups oppose this move, arguing that the information can be used for other purposes. ISP providers are also pointing out the increased costs of keeping and holding this increase in data. It is not clear just who will end up shouldering this cost.

The European Union had already passed a similar data retention law in 2005 requiring all telephone and Internet traffic to be stored from a period of six months up to two years.