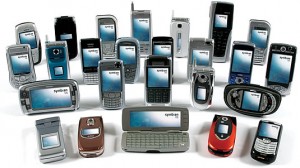 Two posts ago, I wrote something about British people NOT paying much attention to security on their mobile phones. If the results of the Pwn2Own smartphone hacking contest are to be relied on, then there might not be much too worry about – unless someone physically steals your phone.

According to a story ran by Apple 2.0, hackers were kind of stymied during the contest. Here is a snippet of the feature:

Although the rules were relaxed each day to make hacking easier, the phones managed to withstand the few attempts that were made to “pwn” them — Internet-gamer slang meaning to conquer or gain ownership.

I believe this was the same convention where the Safari was hacked by Miller. Luckily for the smartphones, though, none were cracked by the time the contest ended. This spells good news to smartphone owners like me and you. I was just thinking about searching for more security applications for my Nokia smartphone but perhaps it is not that urgent.

So are the phones just that good? Perhaps. Or maybe, they are still new and they have not really been the focus of hackers. While this is good news, I am thinking that pretty soon, they will become the targets. What do you think?