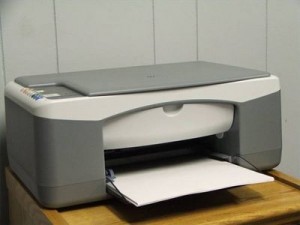 A research by Google has suggested that one in every website is infected with malware. Statistics released by AVG in 2009 also showed that viruses are fast moving and can infect as many as 100,000 to 300,000 new websites each day.

How Viruses Attack a PC and Printer

Computer viruses can affect any type of file but more often, they target those with a .com, .exe, .sys, .bin and .pif file extension. They have the ability to increase the file size, corrupt it, delete the file as it is being run, convert .exe files to .com files and reboot or freeze the computer even when not prompted by the user.

With regards to the printer, viruses and malware normally target the Windows registry and system files. Some attack the printer spooler which can result in a malfunction of the device. It’s either the printing device will show error messages or it simply will not print. Even with an antivirus program, this can still happen.
What you can do then is start your PC in safe mode by pressing F8 when it boots. This will allow you to scan the system.

You may also check if your printer is running by going to the Control Panel and then clicking Administrative Tools. Next, click on Services and right click on Print Spooler then Start. If this won’t work on several attempts, you can delete the printer including its spooler service and driver. You can then reinstall a more updated version.

Tips to Protect Your PC and Printer

Updating your Windows program is one of the ideal ways to prevent virus attacks in the future. Make sure to install updates as well related to the printer including your firewall and antivirus software. And if you need to work on your PC every day, do a malware scan if possible.

In addition to your free anti-spyware programs, it’s a good idea to install a real-time protection against adware, Trojan and other spyware that can infect your PC. While the free applications can detect spyware, the more professional programs are effective in preventing infections and removing them.

About the guest author:

Donnie is a blog contributor and owner of a small printing business who has had numerous challenges relating to virus attacks. Businesses that require printing and photocopying of large volumes of documents should get a photocopier hire with consolidating billing.