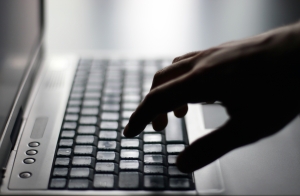 IT security has always been a concern, but as we move into bigger and better technology, what are the challenges that face us? Technology changes so fast that it isn’t possible to predict exactly how things will go down, but we can prepare for as many eventualities as possible, using current challenges as a stepping stone.

Criminals have always seen the Internet as a possibility for committing more crimes, and that’s not likely to change any time soon. So, we can reasonably expect that cyber crime of all types will increase alongside technology.

Cloud computing is a big security concern for many companies, according to Security Week. A number of cloud services have popped up recently, and they offer plenty of benefits, including more cost-effective operating for large companies and increased mobility of information. It’s this mobility that can cause problems.

Back in the day, bandits often hit travelers and trains because the products they carried were valuable and they were vulnerable on the move. While the Internet isn’t exactly like the Old West, it’s a good idea to keep in mind that any time information is being sent or received, it can be vulnerable to others who may want access.

As cloud services are by definition detached from the companies that use them, physical security is an issue. Employees need to be carefully screened and checks put into place to prevent leakage of information as well as the outright stealing of data. Hackers are also a concern, and so are leaks between customers. Keep in mind that all of your information is stored along with information from other companies, making it simple for a breach to occur.

Cloud will likely grow considerably in the next decade, eliminating the need for keeping up with your own virtual storage space. However, this means that the security risks will also increase and new technology will have to be developed to keep information safe.

At the moment, 75% of attacks occur through Web applications, which show where the main problems are. This is something that will need to be fixed as the Internet and IT continue to grow. Where SaaS (Software as a Service) is provided, keep in mind that designers will need to implement more rigorous methods of keeping out the riff raff. 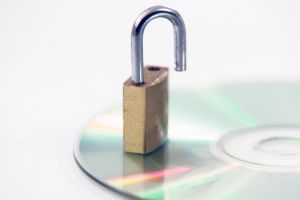 Hackers Aren’t Going Away
At SysSec in the UK, studies have been done to learn more about security issues we currently face, as well as how they might affect us in the future. At the moment, with social media on the rise, it’s a hotbed of activity for hackers who are using new ways of attacking social media users as well as search engines.

In 2010, hacker attacks through Adobe Reader files increased by 11.7% over 2009. While most people expect attacks from .exe files, hackers have evolved their techniques to include everything from PDFs to Word files and will continue to do so to find new methods of attacking as older ones are blocked.

SysSec’s study showed that there are already major consequences attributed to simple viruses infecting everything from cars being remotely shut down by a disgruntled employee-turned-hacker to trains failing because of a virus infecting the system. Vivian Reding told the company that we are looking at a future where the consequences could be even direr, such as hospitals shutting down, trains and planes crashing, and a lack of water and electricity.

The Biggest Threats
According to SysSec, the highest risk areas for malware and fraud in the future will be the underground economy and social networks. However, while these are likely to be the hardest-hit areas, virtualization, clouds, and routing are also going to be vulnerable. The studies also show that new attack vectors and more advanced malware will be a major issue in the future.

Areas that were a concern but not considered high risk include IPv6, online games, and DNS. It’s also expected that targeted attacks, where hackers focus on a specific victim, will be an issue, though not a high-level one.

One of the main concerns is that hackers have shifted from hacking for fun to hacking for profit, and it is no longer just a nerd in a basement suite; many crime organizations are now involved in cyber crime.

How Do We Fix It?

Of course, like all problems, there are solutions. While hackers and their malware may be improving, so are our IT security solutions such as anti-viruses and firewalls. IT will be affected, but will be required to come up with new methods of preventing attacks and leaks from occurring. ICT FORWARD offers some suggestions for improving security protocols in the future in a recent whitepaper, as does SysSec. These include:

The next decade will bring more intelligent attacks, but it will also bring more advanced technology, continuing the dance of hacker vs. security.