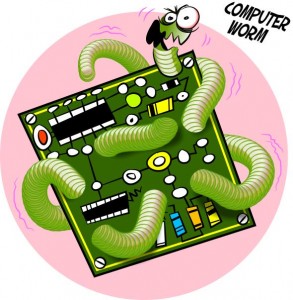 Worms and Trojans can make their way into local intranets fast if you don’t have a good firewall to protect your networking environment. Most of it originates from overlooked files like granting access to the Internet for specified users. But rest assured, unless you document and orient these people on potential risks, chances are the ones to whom you grant access will be the bane of your network security issues.

A worm can multiply fast if not contained immediately. For one, it can affect the whole network. So how do you go about it?

1. Unplug all the computers from the network. Cable disconnection would be a good start. If they are not connected, then there is no place for them to go. Depending on the number of workstations, you may have your work cut out for you. But at least it defeats the need to come and go from one workstation to the other once one is cleaned.
2. Scan the computers manually using a CD. As much as possible use a write-once optical disc. This way, if you find the worm or virus, you have it cornered. There is no place to hide nor go for them.
3. Restart and make a second check. Make sure everything is clean for one workstation. Do this for the rest of the computers that have been potentially affected.

This process requires a lot of patience. But it beats having to turn to the usual formatting and clean everything from scratch. It is indeed demoralizing, but the thing is, you just have to deal with it since better security policies need to be enforced on your end as far as users are concerned.

Among the features that most mobile phones have today is that of features that include the Bluetooth and Infrared connectivity as a means of wireless connections. While such advancements has made it easier for people to transfer files such as images and sounds from one phone to another, it also becomes a loophole to allow viruses to infect the operating system of mobile phones today.

Worms such as Cabir, have become the onslaught of rampant mobile phone intrusions, something that uses the Bluetooth connectivity as a means of infecting mobile phones of today. Once they get through, malfunctions and error messages are sure to ensue, making it a need for the software systems of mobile phones of today to be either formatted or disinfected with available anti-virus and worm removers such as Panda Software.

Inconvenient as it may seem, it is advisable for mobile phone owners to refrain from activating their Bluetooth connections to avoid such infections and untoward intrusions at any time.

Trojans hacks and worms can easily enter a person’s computer by a mere click of a link. Instant messaging, the new trend in adhering towards faster and easier communication anywhere in the world has been enhanced thoroughly, going to the extent of allowing links to be followed, sometimes generated automatically from infected computers. Such are done even when offline messages are left, such as in Yahoo Messenger issues.

The best way to avoid such links is to refrain from clicking on links without prior notice from the actual user. While most people would rely heavily on the level of relationship that they would have with their online buddy, it is still best to double check and verify before proceeding on the site link.

Being infected is quite painful that it leads to even formatting the entire system. This holds true for people who are not aware or have the time to clean it manually and methodically. Hence, the best way is to be more cautious, especially when peculiar links are met. 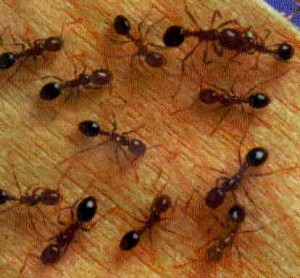 It is perhaps the dream of most sites to be one of the known sites that will be included in the affordable search engine optimization practices we have today. Many have resorted towards link building and other known online marketing practices and have paid dividends by entrusting the same to companies such as Los Angeles SEO.

But of course, there are security concerns that most people take into consideration today. One is that potential worms and Trojans may just take the place of a site, providing the irritating pop-ups which are usually the origin of these said worms and banes of the Internet.

While search engine optimization is what many web and blog site owners are aggressively seeking, just make sure you do it the professional way and avoid the scam and spammers the web holds as well today. Rather than becoming an ideal site, you may just find your site the least one to be visited at any given day due to hazards many are avoiding.