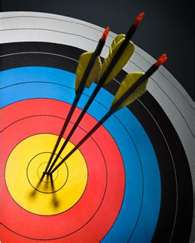 Malware developers have a special place in their hearts for successful and popular systems, platforms and devices.  Why this is so is readily understandable.  The more successful and popular the target is, the more people are bound to be affected.  Also apparently, there is much pride in being able to penetrate what is touted to be secure and impenetrable.

Windows is said to be the king of malware being targeted by thousands of computer contaminants in the form of viruses, worms, trojan horses, spyware, crimeware, scareware, and unwelcome adware.   Google, Bing, Yahoo,Facebook and Twitter are likewise preferred targets precisely because they are all successful and popular in their own rights.  There is a growing consensus that Android is fast becoming the “Windows of Mobileware”, targeted by the same cybercriminals targeting other platforms that have since declined.

Success and popularity as usual have their two sides, attracting patronage and attacks at the same time.  Malware attacks users through the very pathways where functionality is obtained which is primarily through the Internet.  Traditional protection are not able to stop the effects of more recent malicious attacks.  There exists a dilemma in the fact that fiercer malware are spurned faster more than solutions are produced.

In the face of the unrelenting attacks on the most used platforms in spite of best efforts to keep them at bay, consumers are reminded to exercise caution and use common sense in their transactions.  Malicious intents always come with offers that are too good to be true.  Information requests which are obviously unrelated to the transaction  such as getting list of contacts for a game download should never be entertained.  Remember that cybercriminals will always be after two things:  your money and your personal information.