Chances are that when you open your inbox today you’ll find an e-mail claiming to be from your bank, an e-commerce site, or another online site you’ve visited. They might offer you an upgrade to your account, inform you that there’s been changes to their, and asks you to verify your account information. This could be a phishing attempt to get sensitive information like your personal information or passwords. Fortunately, you can avoid getting scammed by taking these precautions:

Living at home means that you have to share your computer with other people. In some companies, people also share workstations in case that they have different work shifts. In any case, it is important for you to make sure that your files are safe. Especially those that you use for work and those that contain confidential information.

Here are some tips for you:

Hopefully these tips have helped you deal with some of your dilemmas with regards to sharing your computer with other users.

We are all aware the field of cybernetics has slowly been penetrating the market, especially from the side of Japan. Miniature androids or robots have been seen as the next generation of machines that will aid human in their daily work, both in personal and business aspects. They are programmed to carry out any task as required without complaints since machines are deemed to be objects that do not have feelings.

However, various insights have shared that the eventual robots may come to a point where they would be created to have feelings. Playing god is what people would tag the creators of such a race and should this become a reality, the movies that we are used to seeing such as I-Robot may eventually come true. Although this development may be exciting to most people who love to invest on technology, the question of up to what extent these inventions would be as far as playing god is concerned will still be big question mark that will be in the air of technological breakthroughs for future gains. 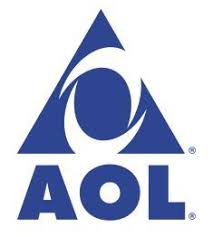 Recently, the blogosphere has been rocked by the bit of news about AOL users’ search being made public. It was supposed to be used for a research or something but there was a security breach. As such, those information were made known to many.

Searching online is probably one of the most common things that people do. Whether it is for personal purposes or otherwise, they have the right to make their search private. The problem here is that the people from AOL should have been more careful about it.

What’s with protecting people from having their search history made public?

I personally see it as something important because people could get suspected of something they are not guilty of, depending on who is the one interpreting the data. Think of it this way: You are college student and you are studying literature. What if you happen to be studying literary works involving crime? On your computer, you will have different readings, perhaps? What kinds of searches would you make? What keywords will you use? You will look for materials on crime, etc. If someone sees your search history and starts thinking that there is a pattern like you have been temperamental and a bit violent compared to your usual self, this person might turn you in just because.

It would be nice to have search histories researched on so that search engines could yield better results when we use them. However, it could be abused too. Hopefully, all the other major groups behind search engines would learn from this gaffe AOL had. That way, people won’t be too paranoid that someone is watching them and accuse them.

There have been many flame wars, there have been different studies made regarding the security of each operating system mentioned in the title. The studies are sometimes said to be biased because it depends on what organization or company has funded the studies. At the end of the day, however, we must realize that no matter what operating system we use on our computers, we should be responsible enough to download security patches and the like.

Sometimes articles and threads on forums and blogs end up in fanaticism. Some of the points raised when it comes to vulnerability and operating systems would be:

The popularity of the operating system
Take for example Windows. It is probably the most popular operating system and some say that that is one of the main reasons why it is most attacked by hackers and creators of malware. They say that there is no point in attacking an operating system that is not used by many. The logic, they say, is that if you are going to do something, make sure it will be something big. (This is why there are people who seem to insist on getting a Mac — more stable and secure that way, as they say.)

Linux, BSD are operating systems that you can’t even run right away/properly/(insert phrase here)…
It sounds so petty, doesn’t it? But there are those who argue with Linux and BSD users that the difficulty with their operating system is that it is not easy to run it. Would an average computer users be able to use it and run it without much fiddling around? Truth be told, it looks like it is possible. But that depends on which Linux distribution you would run. In any case, the argument is more along the lines of “If you can’t even have the OS running properly, who would bother attacking it?”

Do you socialize a lot online? Is it through chat, email or voice over internet telephony? Do you make a lot of online transactions? Where? Ebay?

If you have answered yes to a lot of those questions, here is another question for you: Do you read the terms of service of the sites that you sign up for in order to utilize their services? If yes, do you make sure that you even have a copy of it? If not, maybe it is time you should.

When we sign up for online services, we give out a lot of information about us. Some might be as detailed as including bank account numbers and credit card numbers too, especially if these are banking services and/or online auctions. There are different terms of service and privacy statements. Sometimes we just sign up without bothering to read on those. There are actually some sites that change their terms of service without notifying the users. Same thing goes for their privacy clause.

Usually privacy clauses would say that the information you provide is confidential and that they would not be passed on to others. However you cannot be too sure about them all the time. There are different cases linked to identity theft because of the information others have taken off the Internet. In America, there are some documentaries already and hopefully there will be sensible actions to be done about it. You don’t want to worry too much about buying flowers for your wife using your credit card. It is better to be aware rather than to feel sorry in the end.